Egypt is officially called the Arab Republic of Egypt. About 96% of Egypt is desert: the Western Desert, a continuation of the Sahara Desert and the Eastern Desert. The deserts are separated by the Nile, the fertile lifeline that runs through to the country from south to north, from the Sudan to the Mediterranean Sea.

Only about 4% of the total land area is for people usable and inhabitable. This area we find along the Mediterranean coast of Alexandria up to Cairo, in the complete Nile Delta and all along the fertile Nile up to Lake Nasser on the border with Sudan. Without the Nile Egypt would be a country where the Sahara was ubiquitous, and where the dry desert climate would be severely restricted the existing habitat.

The capital city is Cairo. Other important cities are Alexandria, Aswan and Luxor. 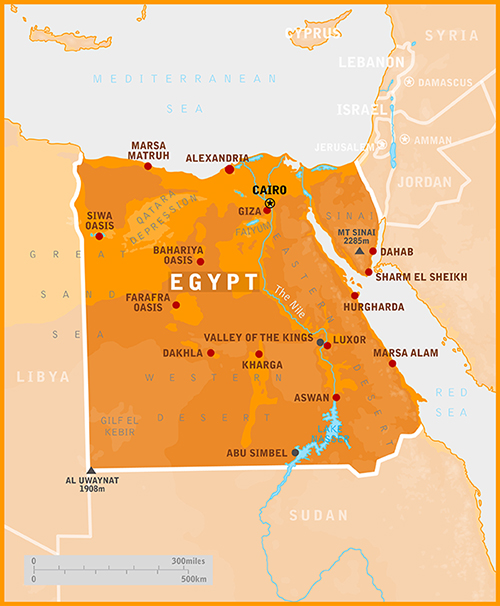